Retrospective review: Natives: race and class in the ruins of empire (2019) – by Akala

Virtue! a fig! ‘tis in ourselves that we are thus, or thus..

You labelled me – I’ll label you!

So I dub thee “unforgiven”

There is a particular scene in Mario Puzo’s The Godfather where the Don instructs his son, Michael, telling him:

“There are men in this world,” he said, “who go about demanding to be killed. You must have noticed them. They quarrel in gambling games, they jump out of their automobiles in a rage if someone so much as scratches their fender, they humiliate and bully people whose capabilities they do not know…”

The Don continues, explaining to Michael how he made a loyal weapon out of the brutal baby-burner Luca Brasi. An interesting thing about that passage, aside from its obvious truth about the stupidity of many, is that Puzo cannot use the expression ‘road rage’ because – in the early 1970s when the novel came on the scene – the expression hadn’t been invented. However the behaviour which later became known as ‘road rage’ was and is a real phenomenon of human behaviour.

Not all expressions minted to describe human behaviour describe something new. Sometimes the expression is new while the behaviour it describes is old. ‘Binge-drinking’ is an example. ‘Binge-drinking’ means ‘getting drunk’ – a behaviour almost as old as the human race, and is a sub-set of ‘anti-social behaviour’. But if one gives an old problem a new name, then – as if by magic – there is a new ‘problem’ for mouthpieces of ‘authority’ to complain about, while demanding new legal powers from the government of the day. END_OF_DOCUMENT_TOKEN_TO_BE_REPLACED

I was in my mid-teens when I realised the Joker character was a murderous maniac. Until then I had only the Batman television series to go on. There were two Batman-comic stories which stood out when I was a mid-teen. The first, Alan Moore and Brian Bolland’s The Killing Joke, is always cited as a ‘classic’ work or a ‘seminal’ work by reviewers. It is certainly a disturbing work. The Joker, wanting to turn Commissioner Gordon mad, calls at the home of Gordon’s daughter, Barbara. As she opens the door she is shot in the stomach: the bullet severs her spine leaving her paralysed. Joker then strips her naked and takes photographs of her. He uses huge blow-ups of these pictures as part of a depraved ‘ghost-train’ ride he forces Gordon to experience. The second story is A Death in the Family: an odd story (Batman and Robin go to Ethiopia) collected as a graphic novel, in which Joker uses a crowbar to convince Robin’s face and skull into a new shape. This was so obviously not ‘kids’ stuff’ that the television series seemed to hardly feature the same characters.

Jack Nicholson’s turn as Joker in Batman pitches the character exactly halfway between Cesare Romero’s television version and Alan Moore’s sadistic lunatic. Tim Burton’s movie contains the kind of ‘dark humour’ that would be used by Quentin Tarantino in Reservoir Dogs (Mr Blonde talking into a severed ear) and Neil Jordan’s Interview with the Vampire (Lestat dancing about with a corpse.) Although we never see Nicholson’s Joker do anything properly sadistic on-screen we do know that he does something unpleasant to Jerry Hall’s face. This is at least a nod to the character’s real personality. END_OF_DOCUMENT_TOKEN_TO_BE_REPLACED

In the most high and palmy state of Rome,
A little ere the mightiest Julius fell,
The graves stood tenantless and the sheeted dead
Did squeak and gibber in the Roman streets.

(Please note: There is an obvious distinction which many should keep in mind. It is the difference between being fooled and being a fool. One should always be able to discriminate accordingly.)

Sometimes nationwide political issues have the unintended consequence of revealing the state of the public mind. Often, what one sees when the mask as been removed, is less than pleasant.

Consider the ‘brexit’ vote. It would be quite natural to ask why those who, after the result they wanted failed to come in, demanded, immediately after the people had voted, a ‘people’s’ vote.

What was their original ‘remain’ vote in the referendum meant to represent? It certainly wasn’t their belief in the democratic process and principle. END_OF_DOCUMENT_TOKEN_TO_BE_REPLACED 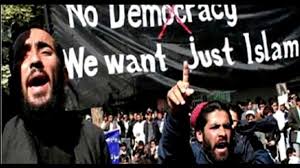 Under all the mattresses of Mr Murray’s logic, reason, research and dry wit there is a pea of pessimism lurking. It’s difficult, after reading both works, to have any hope for the future of our culture. One cannot slot-in a new foundation once the house is built. The house is in the way. The house has to fall before a new foundation can be inserted. That’s bad enough in itself. But once our culture has fallen what could the new foundation be?

END_OF_DOCUMENT_TOKEN_TO_BE_REPLACED

I had to laugh on the way home this evening when I heard about a study which shows men can navigate better than women. The most shocking about this is that someone needed an actual study to reach this conclusion.

Obviously it can’t be true that men can do anything better than women, because to suggest such a thing would be hate-speech, so the BBC needed a way to flip a story to its own purposes. END_OF_DOCUMENT_TOKEN_TO_BE_REPLACED

An American couple have been accused of denying their child medical treatment for religious reasons. The child is now dead. There is an online video of the child’s father’s mouth falling open when the judge reads out the charges. I’m not surprised he was surprised.

The Washington Post has a quote from the child’s alleged father:

‘“It didn’t seem smart to me that you would be saving people who weren’t the fittest. If evolution believes in survival of the fittest, well then why are we vaccinating everybody? Shouldn’t we just let the weak die off and let the strong survive?” END_OF_DOCUMENT_TOKEN_TO_BE_REPLACED

One of the stupidest stories ever covered in the news is, alas, in the news again. And yet again the point is missed. Ashers bakers refused to decorate a cake with a picture of two characters from Sesame Street because they objected to wording which was to go with it: ‘Support Gay marriage’. Their barrister told Ireland’s ‘supreme court’:

“They would equally have refused to provide that cake with the slogan to a heterosexual customer. Their difficulty was the content of the cake, not the characteristic of the customer.” The customer, Gareth Lees, is an ‘activist’ who perhaps chose the prominently Christian business by mistake. I have no doubt he’s a thoroughly nice person. END_OF_DOCUMENT_TOKEN_TO_BE_REPLACED

‘People can misinterpret almost anything so that it coincides with views they already hold. They take from art what they already believe.’

‘Interpretation’ is a word many use when they mean ‘imagination’. When somebody tells you that the first Friday the 13th is ‘a post-feminist reaction by the misogynist collective mind to the rise of women in the 1970s in the context of latent-homosexual self-loathing’ the qualifier ‘well, that’s my interpretation of it’ won’t be far behind. At least it better not. It’s possible the film in question isn’t a ‘post-feminist’ reaction, but rather the person claiming it is obsessed with feminism and misogyny and latent-homosexuality and therefore sees these things everywhere. Not only that, and I think more importantly, to refer to the movie in terms which are interpretative rather than imaginative allows the person to believe some intellectual process was going on in their heads: that their opinion is the conclusion to some real intellectual effort, not just a load of crap they’ve imagined into existence or the symptom of their underlying preoccupations. This sort of thing happens all the time. We’ve all heard someone say ‘well, that’s my interpretation’. Unless that person is translating a language, and arguing for a specific meaning as compared to another, I think it’s likely the person has just imagined that the movie is ‘about’ whatever they want it to be about. Some critics reveal nothing but their preoccupations. It is on this point that a few warnings about criticism present themselves.

END_OF_DOCUMENT_TOKEN_TO_BE_REPLACED

Earlier this month, elsewhere online, I was following and sometimes entering a discussion about poppies. There had been a story or two about why celebrities or politicians were not wearing them, or were wearing them, and someone in one of the lefty papers typed a piece saying that poppies were racist now. Or something like that. I have one or two minor opinions about poppies and Armistice Day itself, so I joined the discussion.

END_OF_DOCUMENT_TOKEN_TO_BE_REPLACED

On the treatment of women, in terms of pay and other matters, I think women today should understand the pay gap isn’t motivated by ‘sexism’ and should shut up.

I recommend to anyone interested the collected letters of Valeria Belletti.

These are published in the book ‘Adventures of a Hollywood Secretary: Her Private Letters from inside the Studios of the 1920s’ (Yes, I know, the title’s awful.) This fine lady got herself a job as Sam Goldwyn’s secretary, and sent many letters back East to her friend Irma. END_OF_DOCUMENT_TOKEN_TO_BE_REPLACED

Do remember that your first comment will be held in moderation until it is approved. There could be a delay. If you are having problems please contact me via the Contact Administration form and I will get back to you as soon as I can